I'm hosting a 21 Day Challenge in April on Kindspring.org so join me there!

So I have been using an app called "Happify" to work on reversing my tendency towards negative thoughts. This app asks you to do little tasks and play games to rewrite your internal monologue and reprogram your brain. This. I. Need.
So today, to show kindness and appreciation I started a new exercise regimen. And I discovered (through Happify) that March is Living Mindfully month... somewhere - Australia I think. Here's a link to the site I found it on: View Link So since March is almost over... Well, I'm posting this little image (above) for you to download and write 5 ways you lived more mindfully today. I'll edit the image and post another one for April so we can keep it going for the whole month. If you use the hashtag #livingmindfullymonth you can post it to social media and the original creator will see it!

Since April is my birth month, I'm going to live mindfully every day of April. And post another living mindfully list for the month! I hope you'll join me! Maybe I should make this a challenge? hmmm... o.O

Ok, so now to the challenge part...
I was inspired to host a challenge on Kindspring - a site that is wonderful for inspiring you to do more random acts of kindness.  This is an awesome site and I just love it.  I discovered it through my friend DotMatrix who hosted a challenge on there a couple months ago.

So I took the totalbalance.org idea and modified it so you can use it for April.  Starting in April, we'll be posting our mindfullness lists using my updated image.  Just print it out and fill in as many ways you want to be more mindful for the month.  Then post then join us on the challenge page and post.  It's contagious, right?  And we're making the world a better place just by changing what we can (ourselves & our mindset).

So I hope to see you on Kindspring in April!

Download this image by right-clicking on it and saving it to your computer.  Then print it and fill in your list.  Looking forward to hearing from you in April! 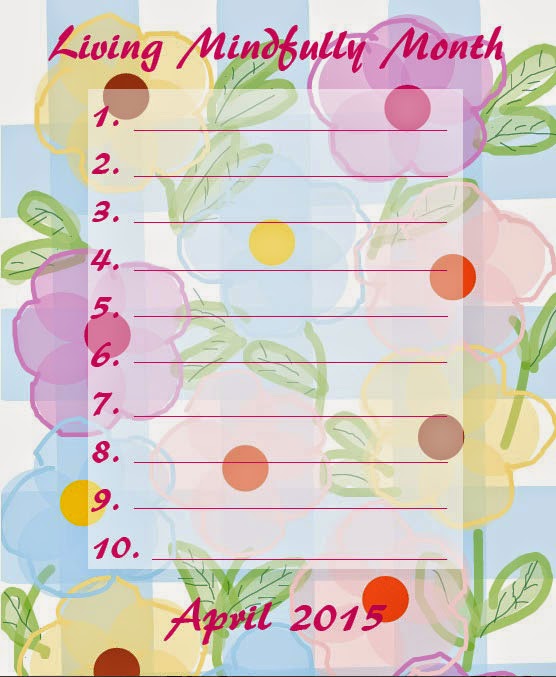 Posted by Unknown at 3:11 PM No comments:

A little over a month ago, I submitted an idea to the Monthly Kindness Contest on Kindspring.org.

Imagine my surprise when my idea was chosen as a winner!  So, without further adieu, here is the story and a progress update...

My husband is a Navy veteran who did two tours of duty in Vietnam.  He is also a disabled veteran - service connected; he suffers from pretty severe PTSD and degenerative joint disease.  He grew up on a small family farm in southern Indiana, so at a young age he learned hard work.  He likes to tell the story of how, at age 4, he had to get up at 4 am to get the cows into the barn for milking.  He was too small to milk them, so he would water them, wash their bags, and put feed into the troughs so they'd be happy and relaxed when his dad and older brothers came along to milk.  His dad was ‘old school’, and didn't use machines—he had sons for that! They milked 44 cows twice a day, by hand.  When he got to Navy basic training at age 18, he was happy to learn that he could "sleep in" until 6 am reveille!

He saw some pretty horrendous things in the "war that wasn't a war" & suffered insult and injury upon returning from duty back to the states, but he's a pretty tough old sailor.  He kept on ticking. He learned early to put his head down and get his chores done so he could play later.  Another thing being raised on a farm taught him was how to grow just about anything.  So his garden is his own form of "therapy".  He likes to say that plants are the only beings on this planet that ask for so little, and give so much in return.

Gary is a magician with plants so, when we moved to rural New Mexico, he immediately started a garden.  He grows his vegetables and flowers from seed, and lovingly tends them every day.  Watering, weeding, enriching the soil with organic fertilizer – his garden responds with a bounty of delicious, nutritious, organic produce. 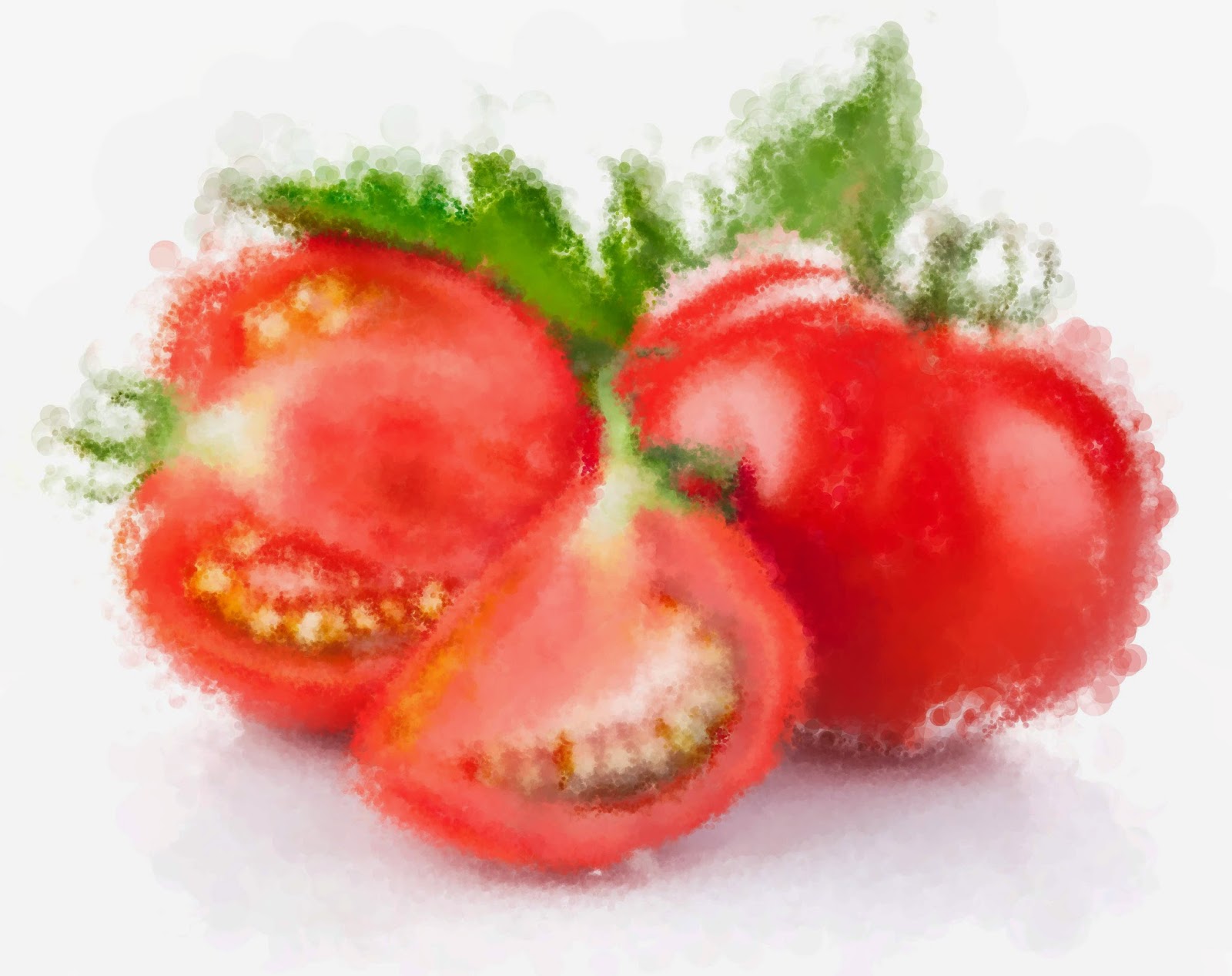 His garden was so prolific that it was more than we two could ever eat.  So Gary reached out to our little community.  He asked around and found out that there were several families in need.  He began to give the produce away.  He encountered some flak for that when the group who runs a summer community “farmer's market" complained that he hurt their sales by giving his stuff away.  Plus, his ‘free’ produce was bigger and prettier than theirs!  As he saw it, the folks he was feeding couldn't afford to buy the market’s produce anyway, so he just smiled and kept on—no harm, no foul. The market folks got over it.

Even our chickens were happy to contribute copious eggs with yolks so rich that they are orange instead of yellow.  He gave those away too.  He took comfort knowing that he was giving local kids and their families a healthy source of organic vegetables and free range, no hormone or antibiotic protein.

So I wrote to Kindspring.org last winter with the idea that $100 would buy a ton of seed and supplies to build raised bed gardens.  Raised beds are easier on Gary’s knees and back—and frankly, mine too! He will continue to raise his vegetables, chickens—and flowers.  He has already purchased seed, potting soil, and containers with the money.  Every windowsill in our place (we moved in February – same community) is filled with pots full of seedlings.  He’s growing tomatoes, peppers, chives, herbs, beans, lettuce, greens, and beets.  They’re already sprouting and reaching toward the sun.  Once the weather warms up, he’ll purchase lumber for at least 2 raised beds if not more.  He plans to reach out to local Veteran’s groups and food pantries to get his produce to the neediest in our community – all for free.

He wants to help everyone learn to love planting and growing as much as he does.  So he plans to offer free instruction to those who want to learn.  He even got me to grow an herb garden outside my art studio—and I have a ‘black thumb’.  Here are some photos: 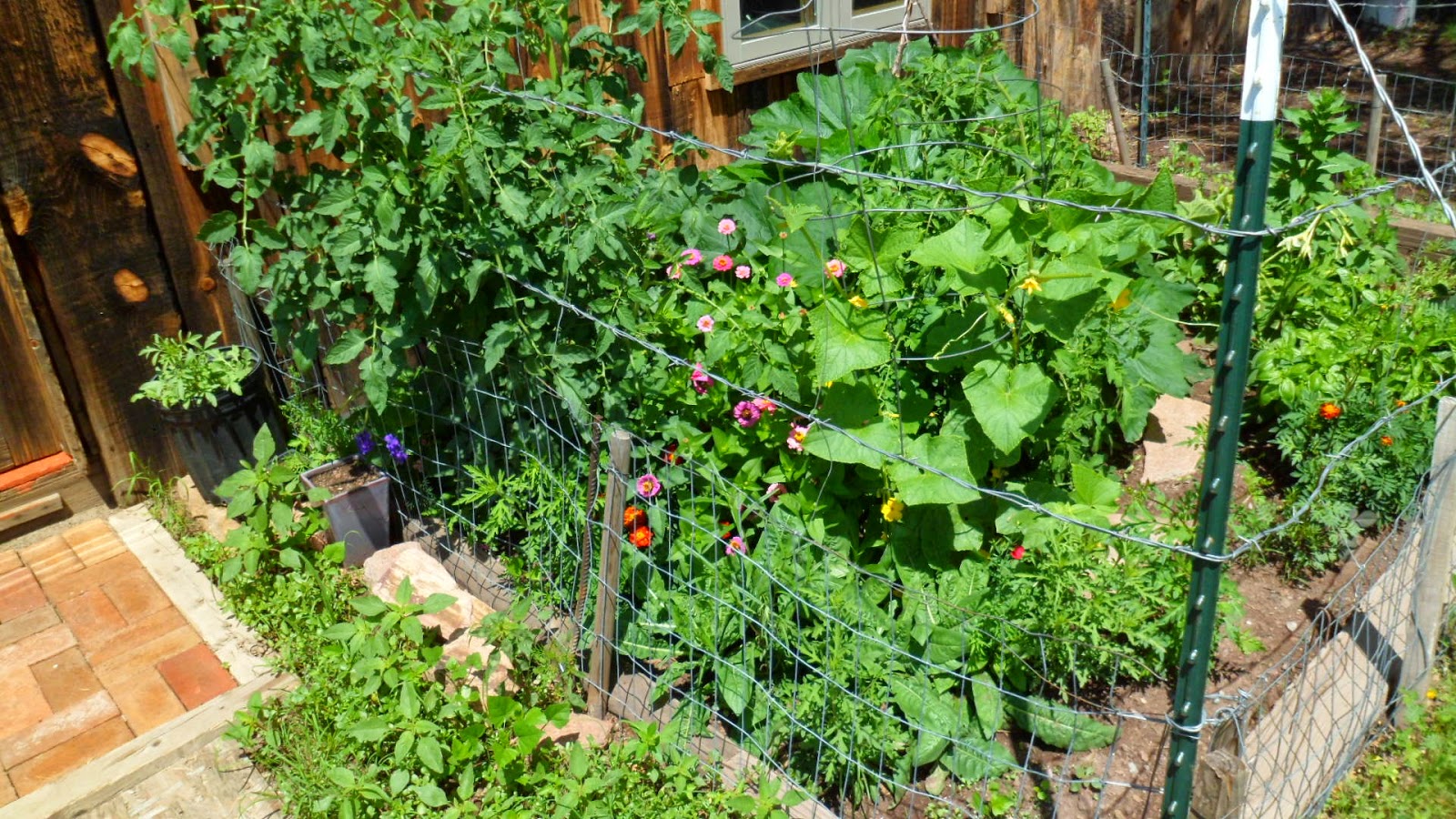 The garden outside my old art studio. You see tomatoes, zucchini, cilantro, basil, marigolds, zinnias, and native wildflowers. (and shhh…. Weeds o.O – Gary’s much more vigilant than I am when it comes to weeds!) 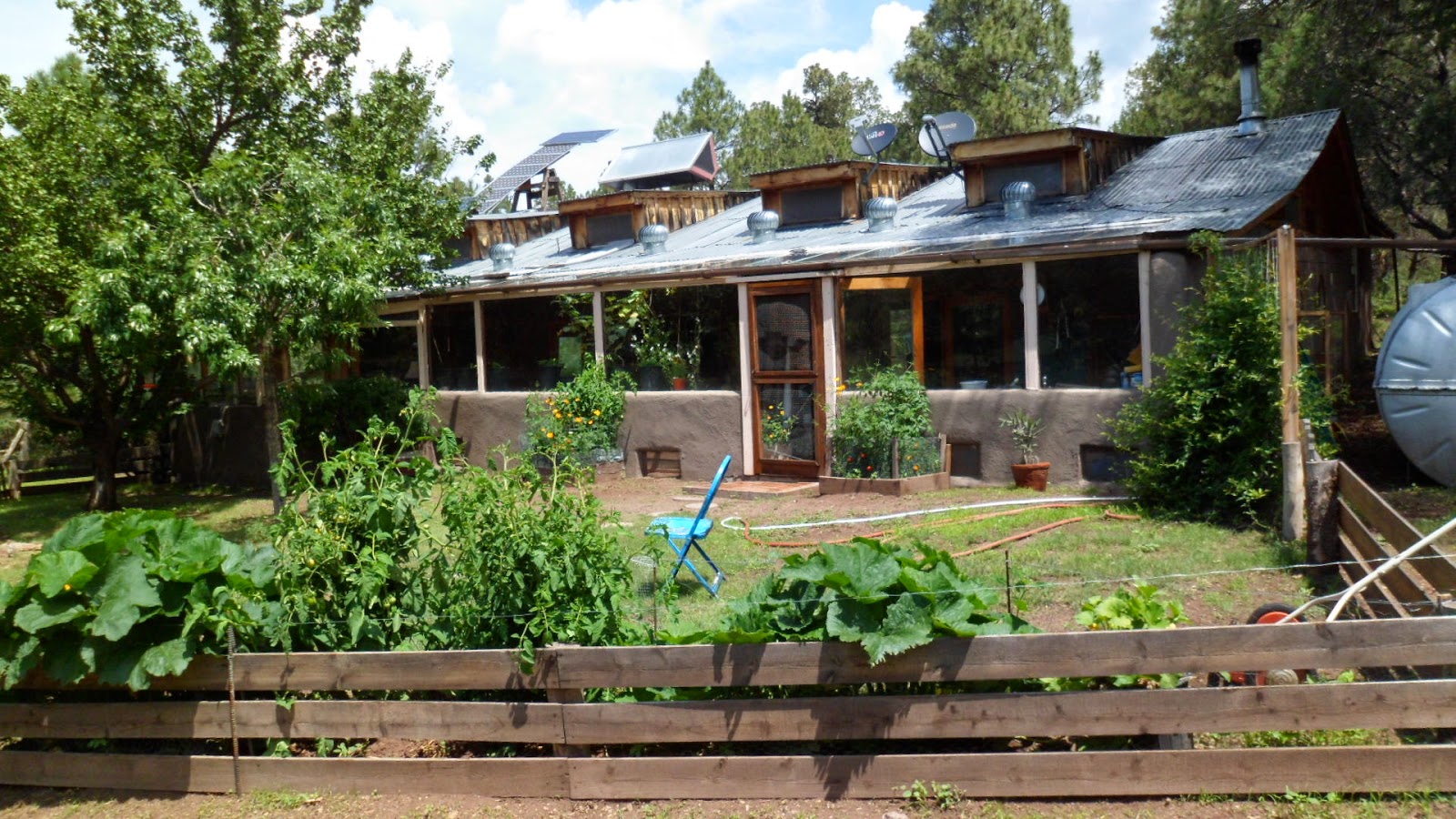 He crammed every available inch of plantable soil with veggies & flowers – inside and out! This is our old place ‘up on the mountain’. 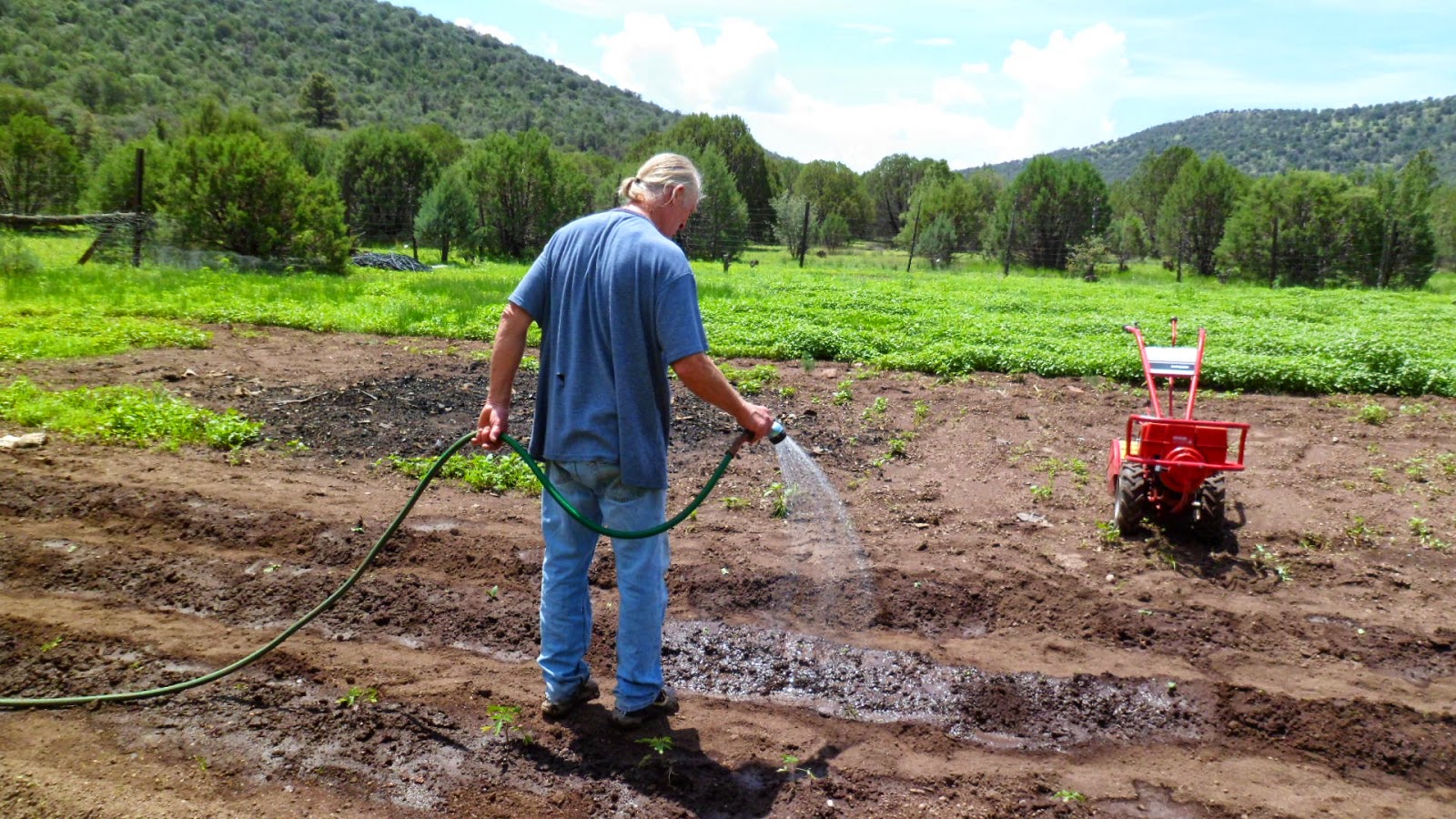 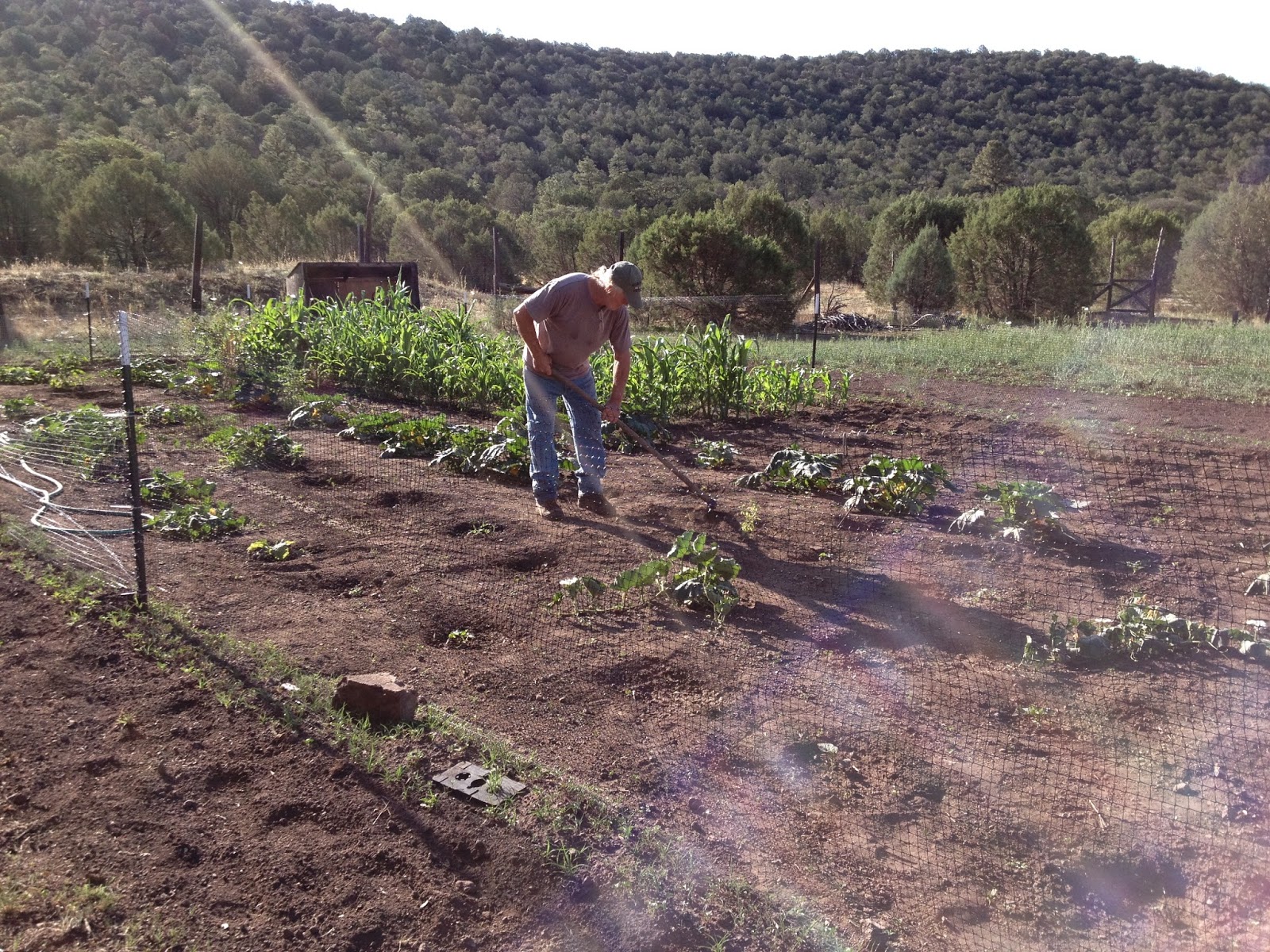 Later on in the season – the garden grows!  You can see tomatoes, squash, corn, beans, peppers & pumpkins. 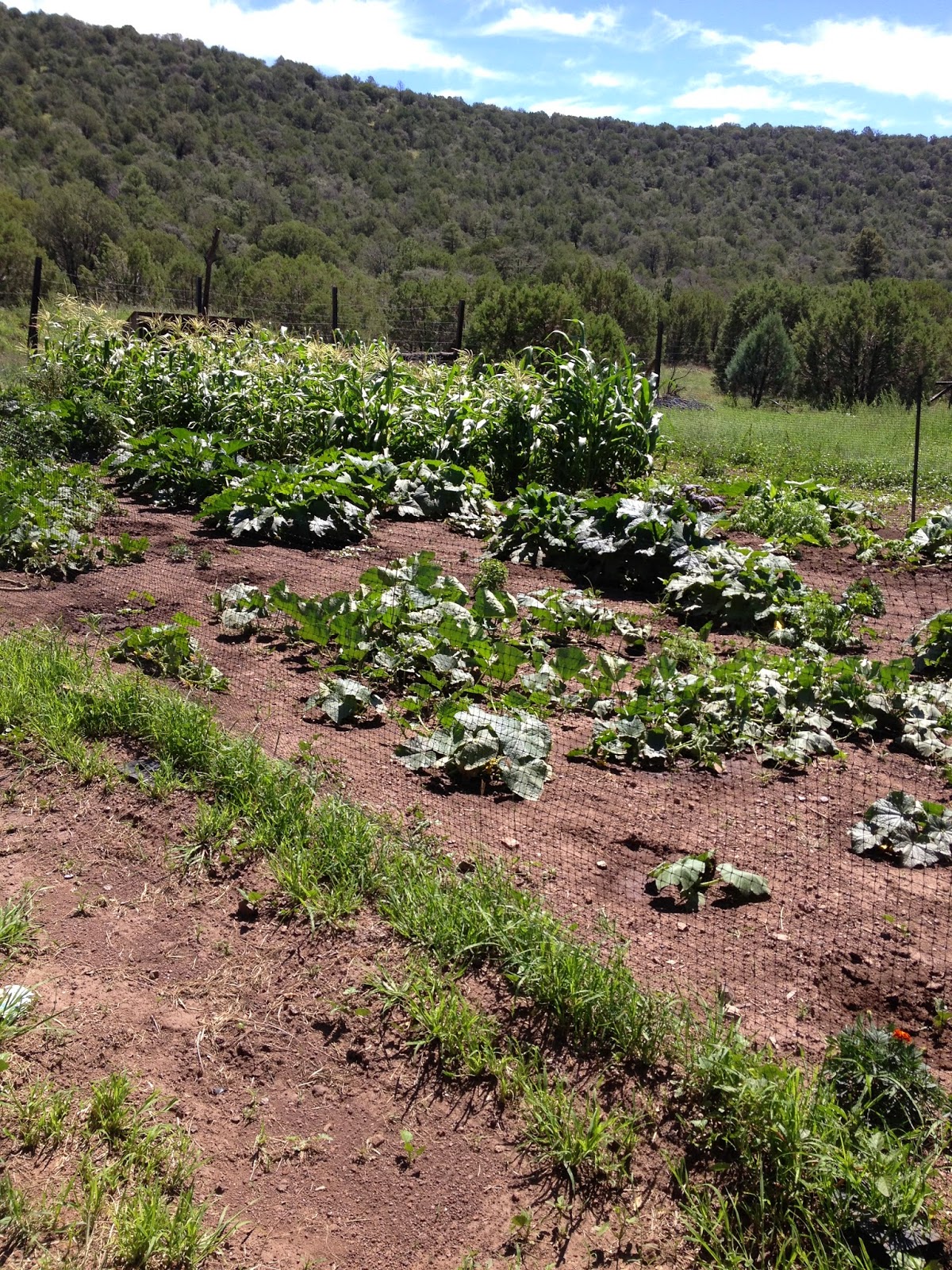 And grows some more… 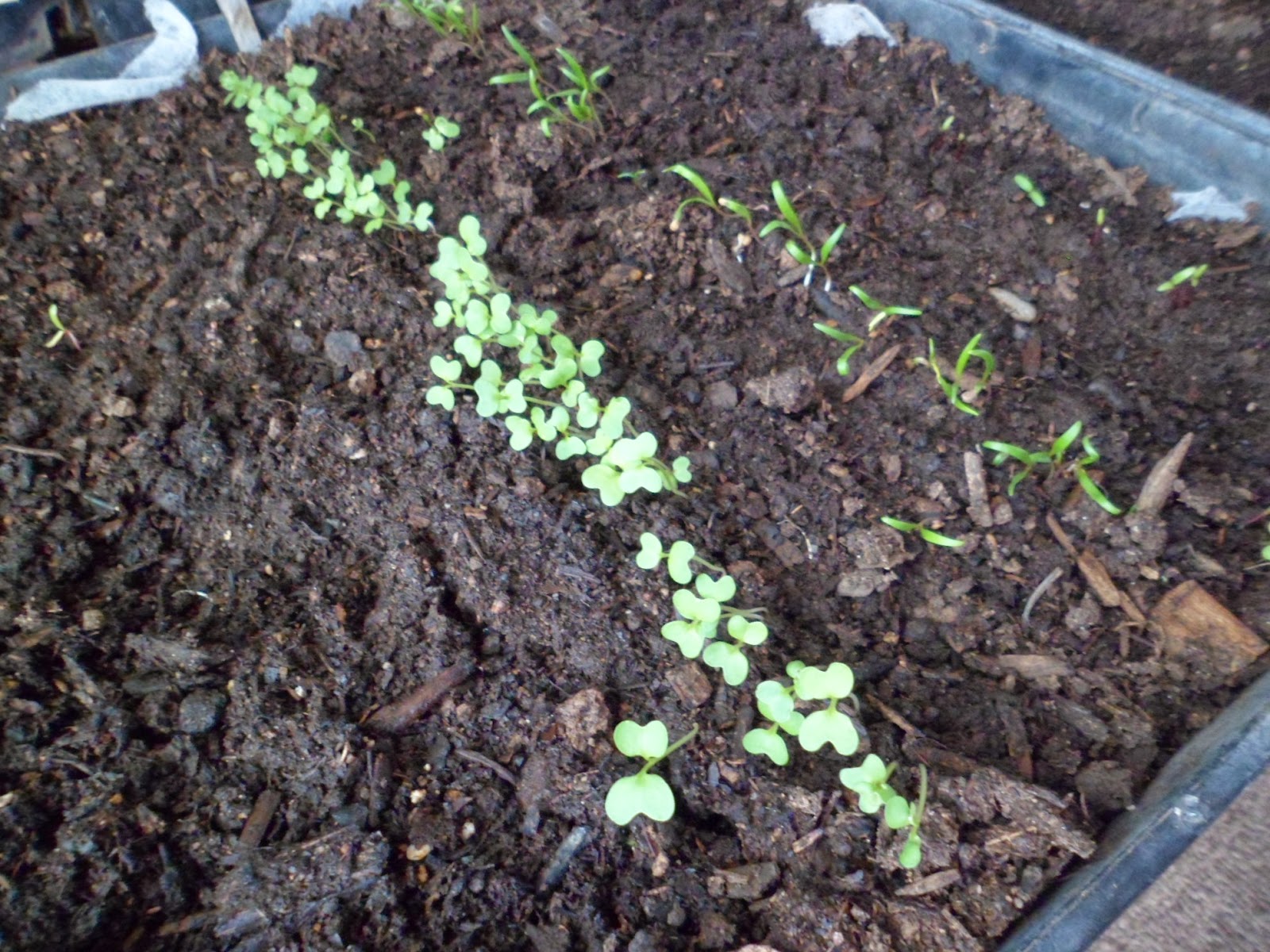 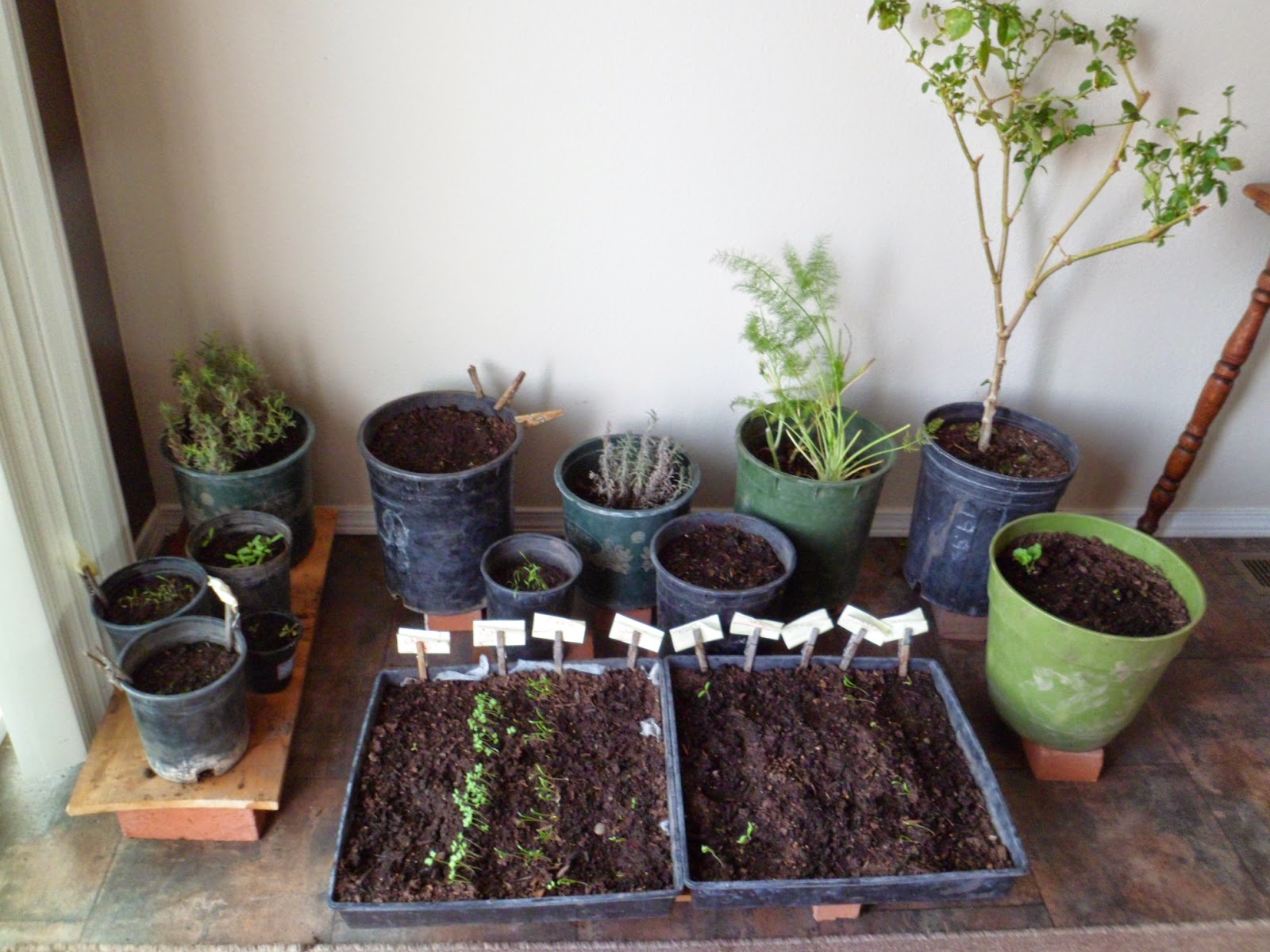 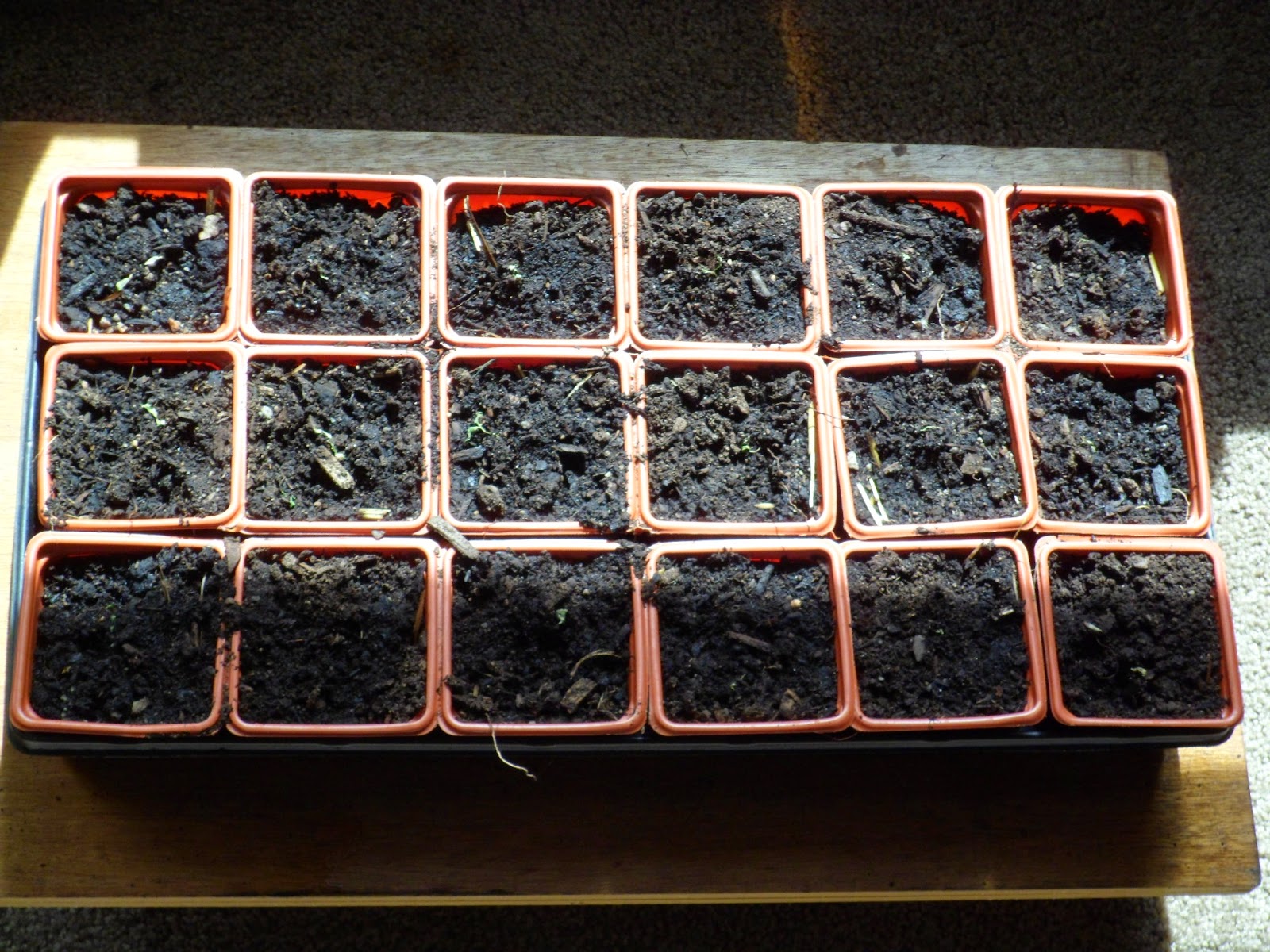 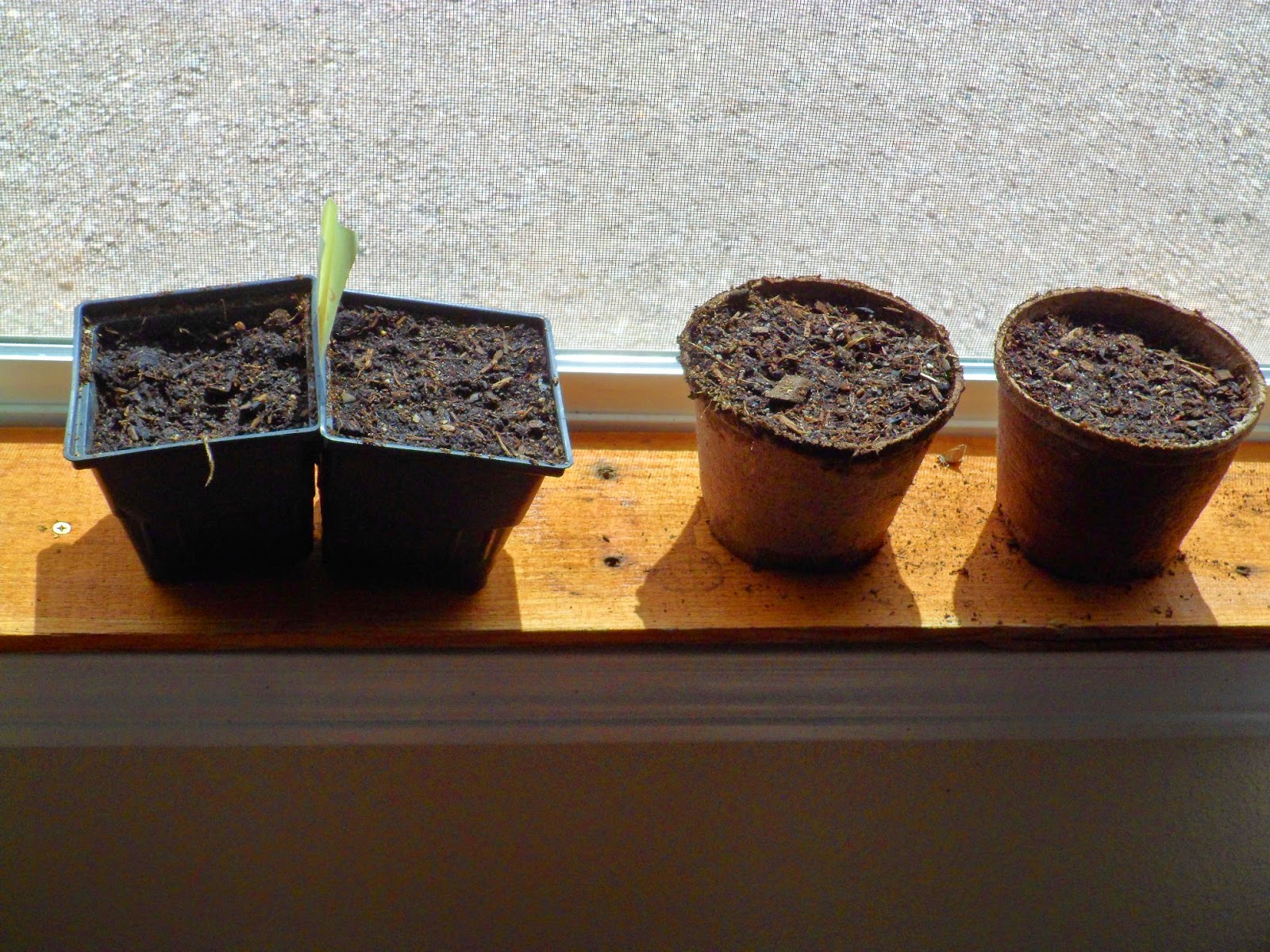 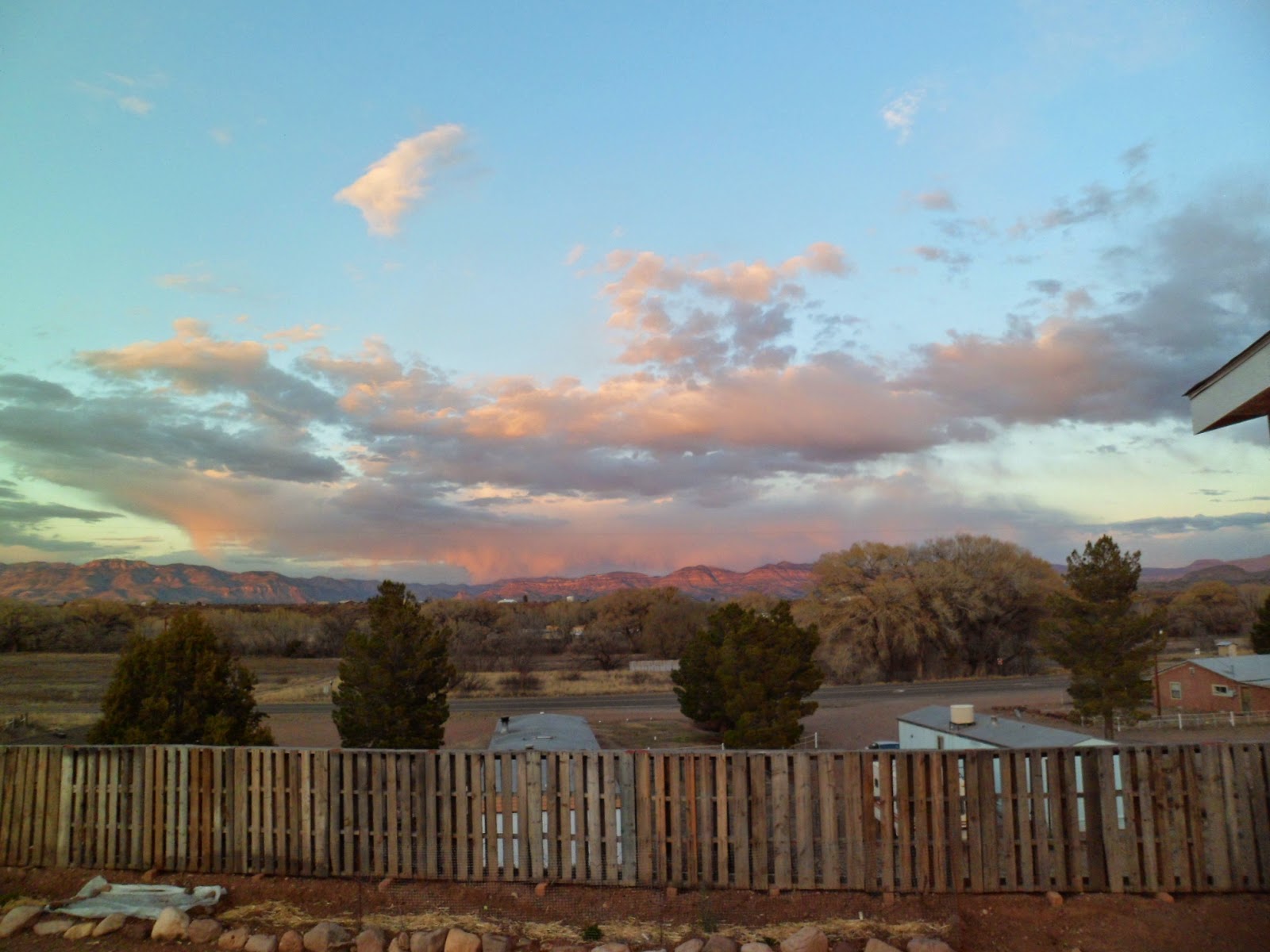 This is a sunset view from our new place.  You can see Gary’s made a little cold-frame in the lower left – the white cloth covers the tender sprouts to keep them from freezing.

So, many thanks to Kindspring for making an old vet & his wife very happy, and for enabling him to help feed our community members.

I will post more progress notes and pictures in the future, as the garden grows!

Posted by Unknown at 3:50 PM No comments:

I discovered (or should I say REdiscovered) my love of comics through the amazing Saga Comic published by Image Comics.  Written by Brian K Vaughan and drawn by the fantastically talented Fiona Staples.

Saga is the story of a family first and foremost.  It's a space opera where the planet Landfall and its moon, Wreath have been at war for so long that they have outsourced the war to the rest of the galaxy.  Alana and Marko, the main characters are former soldiers on opposite sides of the conflict who have fallen in love and deserted their military positions in order to try and raise their love child, Hazel (who often narrates the story).  It's also a story of technology vs magic as the leaders of both warring planets have issued death warrants for the two lovers and attempt to kidnap their love child.

It has elements of Starwars, Game of Thrones, & Lord of the Rings all woven into a funny, crazy, sexy package.  It is an adult themed comic - not for kids - with violence and sex but appropriately so and not gratuitous (IMHO).  You can purchase the hardcopies at Amazon.com or digital versions.  I'm using the Comixology app on my kindle tablet.  You can download issue #1 free there!  https://www.comixology.com/free-comics

I have been so taken with Fiona Staples' wonderful artwork that I felt compelled to recreate some of her images.  I'm hoping her genius will rub off!  So I'm posting the 4 images I've recreated so far here with more to come as I continue my journey through this fabulous universe.

A Letter from Father Christmas

My entry for this week's IF topic, SWEET.

I thought about the word, sweet. The obvious images of various confections came to mind, but then I thought about how a person can be called sweet, which led to thinking about when I was a teen and used to read old romance stories. The ones from the fifties and early sixties always had a great heroine who was usually beautiful, smart, and sweet but never knew it until the end. Hence my illustration with a retro feel. 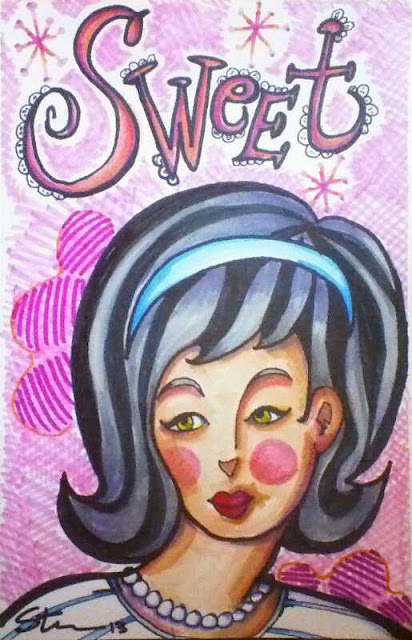 Posted by Unknown at 8:53 AM No comments:

Just a little sketch I did using the Sketchbook Pro app on my Kindle Fire HD 7 for IF topic Liquid. 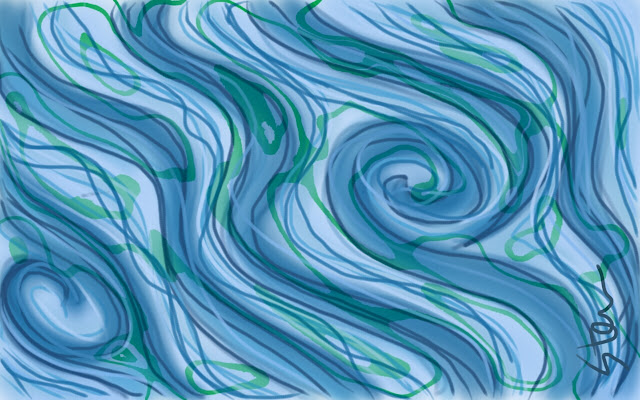 Posted by Unknown at 1:06 PM No comments:

Images cannot be reproduced or used without written permission.